Allison Schaser and Laura Grant have been awarded New Century Scholars Doctoral Scholarship from the American Speech-Language-Hearing Foundation. These doctoral scholarships support strong doctoral candidates who will commit to attaining the research doctoral degree and to working in a higher education academic community in the field of communication sciences and disorders in the United States. 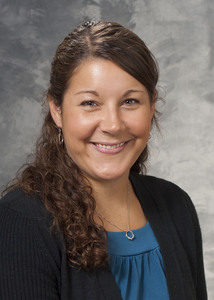 Allison J. Schaser is pursuing a doctoral degree at the University of Wisconsin-Madison in theDepartment of Communication Sciences and Disorders, working with Dr. Nadine Connor. She is currently in her fifth year of the doctoral program. She holds a B.S. in speech-language pathology from Miami University and an M.S. in communication sciences and disorders from the University of Wisconsin-Madison. Her interest is in the area of voice and swallowing research, particularly in an aging and disease model. To date her research has been focused on using basic science techniques and behavioral animal work to elucidate the underlying sensorimotor changes that occur in the swallowing musculature with both age and exercise. Her most current project seeks to determine the effect of age and exercise on neurotrophic factors in the brainstem nuclei and muscles involved in both voice and swallowing.

Laura Grant received a Bachelor of Science in biopsychology from the University of Michigan in 2002. 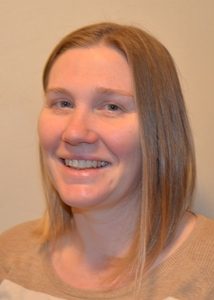 In 2011, she received her Master of Science in Speech-Language Pathology from the University of Wisconsin-Madison. Laura is currently in her third year as a PhD student in Communication Sciences and Disorders at UW-Madison. Her work focuses on characterizing the neural mechanisms underlying voice and swallowing deficits in Parkinson disease as well as those underlying therapy-induced changes. Specifically, she is interested in the role of norepinephrine, a neurotransmitter that, like dopamine, is drastically depleted in Parkinson disease. Given that voice and swallowing deficits in Parkinson disease do not respond to standard treatments based on dopamine, elucidating the role other mechanisms is an important step towards providing effective treatment of these deficits.