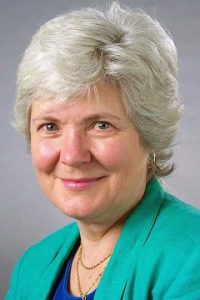 Ever since she was a young girl growing up in Oak Ridge, Tenn., Robin Chapman has loved the writtenword. She read voraciously and began writing poetry at age 8, all the while laying the foundations for an academic career focused on the development of the skills necessary for such activities.

“I’ve been fascinated by language my whole life,” says Chapman, professor emerita of communication sciences and disorders at UW-Madison.

Since retiring from UW-Madison in 2007, Chapman has poured her energy into her poetry, turning a hobby that she didn’t always have time for during her days on campus into a second career. She has two new books coming out this fall: “Dappled Things,” a collaboration with Peter Miller, an artist based in Japan who creates photogravure etchings; and “100 White Pelicans,” a collection about the natural world and modern threats to the environment. They will be her eighth and ninth books of poems.

Chapman has also taken up painting — she held her first one-person show at the Goodman Community Center on Madison’s near east side in the spring — and continues to help organize the “Chaos and Complex Systems Seminar,” a weekly, multidisciplinary series on campus. The seminars actually helped inspire some of the pieces in “100 White Pelicans.”

“It’s been a wonderful place to keep learning, and what I learn keeps showing up in my poems,” she says.

Chapman first came to UW-Madison in 1968 as a research associate at the Wisconsin Center for Cognitive Learning, and joined the faculty in the then-Department of Communicative Disorders three years later. Chapman’s Ph.D. from the University of California, Berkeley, is actually in psychology — for her dissertation, she conducted a psycholinguistic study of adults’ comprehension of sentences that broke various grammatical and semantic rules — and she says she felt fortunate to join one of the top-ranked departments in the country.

“You have colleagues with very diverse backgrounds who are collaborating to solve problems in common: to provide better services for kids and adults,” she says. “It’s exciting and it’s collaborative, rather than being a case of having to establish your independent fiefdom.”

Early on, Chapman’s work centered on the relationship between comprehension skills and production skills in developing children, and she also studied children with language-learning disorders and the use of computers for testing children’s language skills. From the 1990s on, though, most of her work focused on children and adolescents with Down syndrome. Chapman’s research revealed, among other conclusions, that language learning in individuals with Down syndrome continues well into adolescence and young adulthood. 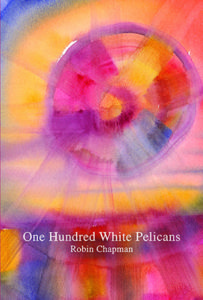 “When I took up the question, I think most services in language intervention were ended certainly before high school,” says Chapman, who continued to work as the principal investigator of a research grant on the topic at the Waisman Center after retiring from teaching in 1999. “And yet it was just at high school levels where they were moving on to complex syntax and would have really benefitted from additional intervention.”

Such is Chapman’s fondness for her time on campus that, when asked for a particular favorite moment from her career, she mulled over the question before concluding, “I had so many of them.” She has remained in touch with her doctoral students, who are now writing the leading textbooks in the field and chairing departments around the country.

“I loved my students. I loved how good they were at what they did and how many good things they went out into the world to do,” she says. “It’s very wonderful to look back on and see. I feel quite proud of them.”