Our featured alumna for this newsletter is Ilene Levine Stern , who earned her M.S. degree in audiology in 1975, when our department was known as Communicative Disorders.

Ilene got her undergraduate degree in speech and hearing from Boston University in 1972, and came to Madison for her graduate, clinical training — even then our department attracted students from all over the country. After graduation, Ilene worked for two years in the Milwaukee area before heading back to Boston, where she worked as an audiologist in the public schools, in the area of public health, and then for more than 20 years at an Easter Seals facility. In 2003 Ilene started a private practice in Manchester, N.H., which she still owns and operates today.

“I enjoy educating patients about hearing, and making a difference in their lives by helping them with their hearing problems,” she says. “I especially enjoy having my own practice, making independent decisions and providing the best hearing health care possible.”

Ilene remembers her fondness for Madison and our department, the deep sense of camaraderie among her fellow students, the early mornings of studying and working on her lab assignments in Der Rathskeller at the Memorial Union. She is still in touch with four other students who went through the graduate program with her. When Ilene graduated in 1975, she was the only woman among the four audiology students who received a master’s degree!

Drop us a note if you would like to be featured in an alumni story! 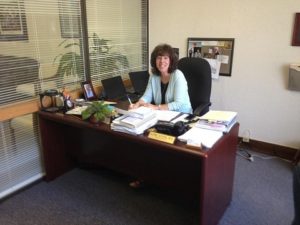