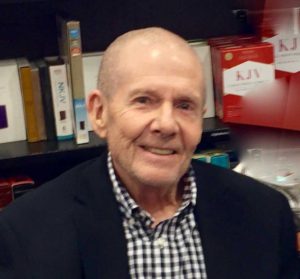 Terry L. Wiley (formerly of Waunakee, Wisconsin) died on July 7, 2020 in Maricopa, Arizona. He was born in Muscatine, Iowa on May 21, 1943 to Otho Easton (Tobe) Wiley and Madeline Maxine (Buster) Wiley. He attended Wapello, Iowa schools from the age of 5 graduating from Wapello High School in 1961. On August 1, 1965 he was married to his college sweetheart, Linda Kay Baker, of Jefferson, Iowa. His parents preceded him in death. His wife and best friend Linda of Maricopa, Arizona survives him, as well as his son Todd and wife Barbara of Scottsdale, Arizona, a grandson Alexander and a granddaughter Brooke, also of Scottsdale, and a few close friends in Maricopa, Arizona, Wapello, Iowa, the Madison, Wisconsin area and others spread across the United States.

Terry grew up in Wapello, Iowa and was proud of his Louisa County roots. He spent a good deal of his youth enjoying the outdoors. He loved fishing, swimming, and hunting with his father and friends as well as other activities along the Mississippi and Iowa Rivers. He was an Eagle Scout and active in sports and music as a high-school student. Terry loved to visit his friends and relatives in Wapello and continued to do so throughout his life.

Terry received his B.A. (1965) from the University of Northern Iowa, M.S. (1968) from Colorado State University, and his PhD (1972) from the University of Iowa. As a student he was elected to academic honor societies at all three institutions, and he was a member of Tau Kappa Epsilon fraternity at Northern Iowa. Professionally, he was a Professor at The University of Wisconsin-Madison (Department of Communication Sciences & Disorders) from 1971-2002, including four years as Department Chairman. He also was a part-time faculty member at Arizona State University (Department of Speech and Hearing Science) from 2002-2008. During his working years, he published a core textbook and over 170 articles, abstracts, chapters and other scientific documents; most of these were published in archival scientific journals. He also gave over 200 invited or contributed papers at local, state, national, and international meetings. He published a book on morality, ethics and current events in 2015. Terry received a number of academic awards during his career including Fellowship (1986) and the 2009 Honors of the Association from the American Speech-Language-Hearing Association (ASHA). The Honors is the highest award given by ASHA. He also received the 1995 Editor’s Award from the American Journal of Audiology for the article of highest merit, a national Distinguished Teaching Award in Audiology in 1983, the Honors of the Association from the Wisconsin Speech-Language Pathology & Audiology Association in 1996, and was the first member of his department elected to the Teaching Academy at the University of Wisconsin-Madison (1995).

Terry was very proud of his family and loved them unconditionally. He believed in the power of love and in random acts of kindness. He believed it was not what you said that counted but what you did. One of his favorite quotes from Dr. Seuss was “Don’t cry because it’s over. Smile because it happened.”

(Memorials may be made to your local food bank or to the American Speech-Language-Hearing Foundation.)