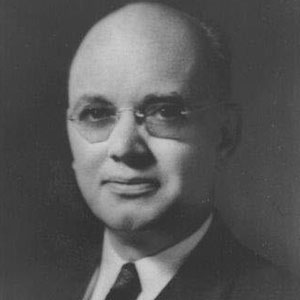 Dr. Robert West was the first working scientist in the Speech Department, one branch of which became the Department of Communicative Disorders 41 years later. Beginning in 1925, he held Professorial rank at the University of Wisconsin for a quarter century.

His first career was as a high school teacher of public speaking and debate. His first book (1924) was a college text for courses in public speaking. As graduate student at the University of Wisconsin, he took nearly all of the courses required for a medical degree, but he was influenced by Smiley Blanton, M.D. (the Director of the Speech and Mental Hygiene Clinic and one of the organizers of the doctoral program in the Speech Department) to pursue a Ph.D. in Speech with emphasis in speech correction. West completed that degree in 1925. This would be the second such Ph.D. awarded in United States. Dr. Sara Stinchfield Hawk, also a student of Dr. Blanton, received the first doctoral degree in Speech with emphasis in speech correction in 1922.

West’s influence on the emerging disciplines of speech pathology and audiology was immense–as a scholar, as a mentor of doctoral students at Madison and elsewhere, and as a shaper of professional organizations. He was a founding member (1925) and inaugural President (1925-1928) of the American Academy of Speech Correction (later, the American Speech and Hearing Association, now the American Speech-Language-Hearing Association, both abbreviated ASHA). He also served as President (1943) of  the direct precursor organization to ASHA, by that time named the National Association of Teachers of Speech. ASHA awarded West the Honors of the Association in 1947.

Dr. West was well versed in physics, mathematics, electronics, physiology, anatomy, Latin, and Greek. A prolific scholar, he published dozens of articles and several classic textbooks dealing with the assessment, diagnosis and rehabilitation of disordered speech. Some of his books were reissued (with various coauthors) through three and four editions between the late 1920s through the late 1960s. He was a consummate instrumentalist. In the late 1930s he devised the first equipment and procedures for sound-field audiometry for (among other things) assessment of the effects of electronic aids for children with hearing loss, the goal being selective amplification of speech based on individual pure-tone hearing loss and the frequency response of the of the hearing aid. Generations later, highly refined versions of this are considered best practice.

West worked at both the University of Iowa and the University of Wisconsin. He was hired at Wisconsin in 1925 as an Assistant Professor of Speech. In 1926 he was promoted to Associate Professor of Speech, and in 1928 to Professor of Speech and Director of the Speech Clinic. He left Wisconsin in 1950 (over a dispute about equipment funding) to serve as Director of the Speech and Hearing Clinic at Brooklyn College in New York, where he worked until 1963. Dr. West’s last professional post was the College of the Pacific in Stockton, California, where he served until he died in 1968.