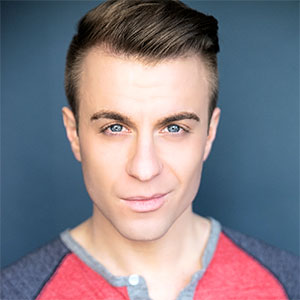 Denis is a first-year doctoral student in the Department of Communication Sciences and Disorders under the mentorship of Dr. Michelle Ciucci. He received his B.A./M.A. from the University of Music and Performing Arts Munich and holds a M.M. degree from New York University as well as a post-graduate Advanced Certificate in Vocal Pedagogy/Vocology from NYU Steinhardt – School of Culture, Education, and Human Development. Denis has performed in more than 35 professional theater productions in Europe and has worked as an official voice coach, vocal supervisor, and rehabilitative Singing Voice Specialist. He was a faculty member of the University of Music and Performing Arts Munich for more than six years and worked as an adjunct voice instructor at New York University and as a vocal pedagogy adjunct professor for the University of Applied Sciences Osnabruck (Institute of Music). Denis is specialized in singing voice rehabilitation and habilitation and worked as a referral Singing Voice Specialist for the NYU Langone Voice Center. He enjoyed working with performers in New York City, Los Angeles, Puerto Rico, Berlin, Vienna, Munich, and London. His interest for voice exercise, voice disorders, and athletic voice use related vocal injury led him to his Intern Researcher position at NYU Langone Medical Center/Grossman School of Medicine, where he conducted basic, clinical, and behavioral research in Dr. Aaron Johnson’s Voice Science, Exercise, and Aging Laboratory prior to coming to UW-Madison.