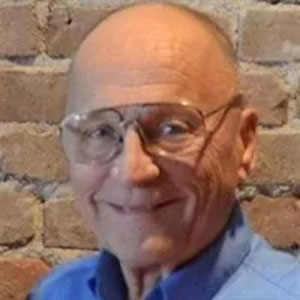 After graduating from Lynfield College in Oregon, Ron Netsell matriculated at the University of Iowa to study speech pathology.  During his graduate studies, Ron worked in the laboratory of Professor James C. Hardy, where he acquired considerable expertise with physiological methods for the study of speech. The methods and paraphernalia in Hardy’s lab included esophageal balloons, tracheal punctures, oral pressure catheters, pneumotachographs, and improvised surface electrodes to record activity of the intercostal muscles (the last of these was used to test Raymond H. Stetson’s theory of chest pulses in speech production). Ron was also strongly influenced by Professor James F. Curtis, who taught experimental phonetics and was acclaimed for his ability to get to the root of a research problem regardless of topic. Professors Hardy and Curtis were a large part of Ron’s scientific ancestry. He held them in highest regard and would no doubt want them acknowledged for their roles in his preparation as a scholar, scientist, and clinician.

In presenting his dissertation proposal at a research colloquium, Ron explained that his study had its origin in a clinical question relating to speech production in neurogenic speech disorders such as cerebral palsy. Ron’s comment foreshadowed his career in which clinical issues were at the core. After receiving his PhD in 1969, Ron assumed a faculty position in the Department of Communicative Disorders (now the Department of Communication Sciences and Disorders) at the University of Wisconsin– Madison, joining two eminent speech scientists and fellow University of Iowa graduates, Fred D. Minifie and Thomas J. Hixon. In the 1970s, Ron and several others (the late Tom Hixon, the late Stanley Ewanowski, and Ray Kent) established a laboratory on speech-motor control that was funded by a research grant from the National Institutes of Health (NIH), with Tom Hixon as the director. The laboratory’s mission was to study speech-motor control in healthy and neurologically disordered speech using a variety of methods—including sensory testing, aerodynamics, kinematics, electromyography, and acoustics. When Tom Hixon left to take a position at the University of Arizona in 1976, Ron assumed the role of laboratory director and recruited James Abbs (one of his former doctoral students) to join the research team. Shortly thereafter, the late Eric Mueller joined as well, bringing to the lab his expertise in biomechanics. It was an extraordinary cadre of scientists, and Ron strived to bring out the best in everyone, always in a respectful and affirming way. The laboratory’s accomplishments included innovations in speech research methods as well as numerous publications on speech production in healthy individuals and individuals with neurological disease or damage. A guiding principle in much of the research was Ron’s conception of the “9-point man” (later, the “10-point person”), where the points refer to functional components of the speech production system. Ron was a pioneer in the speech subsystem approach, as explained in Netsell and Daniel (1979) and Netsell (1984). His book, A Neurobiologic View of Speech Production and the Dysarthrias (Netsell, 1986), is well worth reading—even now, many years after its publication —for its prescient and incisive comments on a neurobiology of speech. Ron’s subsequent positions were at the Boys Town Institute for Communicative Disorders in Children (now Boys Town National Research Hospital, in Nebraska), Kearney State University (Kearney, Nebraska), and Missouri State University (Springfield, Missouri). He loved to explore ideas, and he read a wide spectrum of research reports, theoretical papers, and books. He was particularly interested in the intersection of neuroscience, neurology, speech science, and speech-language pathology. The readings of the day (and sometimes a photograph of a revered scientist) held a privileged place at his desk, and he was eager to share the thoughts inspired by his readings. His affection for ideas was never pedantic but, rather, natural and genuine. His respectful and sincere conversational approach with clients, clinicians, students, and scientists established a quick and easy rapport. He enjoyed talking about diverse subjects, including classic radio programs, old Western movies and serials, literature, music, and sports. At the end of his career, he thought and wrote about inner speech, considering questions such as, “Do persons who stutter have disfluencies in their inner speech?” Ron’s publications covered many aspects of speech and its disorders. He had an intense intellectual curiosity, a pro-found respect for those who have advanced knowledge, a genuine interest in the welfare of those around him, and, of course, an enduring desire to help those with communication disorders. In all this, he was unfailingly humble, frequently praising the accomplishments of others but rarely highlighting his own. His keen sense of humor, self-effacing character, and generosity endeared him to many.

Excerpted with permission from: