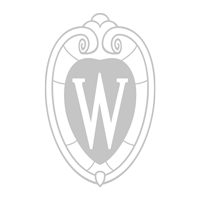 Dr. Lutfi’s research focuses on human auditory perception. He is particularly interested in how one’s ability to detect and recognize complex sounds is affected by both lawful and random variation in sound, as occurs in nature. A goal of his research is the development of mathematical models for predicting detection and recognition performance under various conditions of signal uncertainty. Bob also conducts research on the perception of complex sounds by hearing-impaired listeners, and on the auditory abilities of children.

Lutfi, R.A. and Stoelinga, C.N.J. (2009). Sensory constraints on the identification of the geometric and material properties of struck bars. Journal of Acoustical Society of America, in press.

Arora, R. and Lutfi, R.A. (2008). An efficient code for environmental sound classification. Journal of the Acoustical Society of America, 126, 7-10.

Lutfi, R.A. and Jesteadt (2006). Molecular analysis of the effect of relative tone level on multitone pattern discrimination. Journal of Acoustical Society of America, 120, 3853-3860.