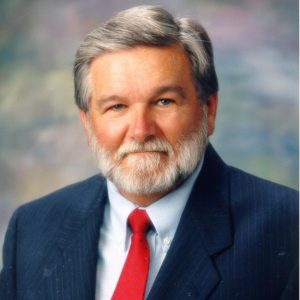 Tom was born January 20, 1940 in Canfield, Ohio, and died in Tucson on March 21, 2009 at the age of 69. Astonishingly, he earned both his Master’s and Ph.D. degrees in Speech and Hearing Sciences from the University of Iowa in a mere 3 years! Early in Tom’s graduate career he developed an interest in speech breathing and speech aerodynamics. One of his first papers, a classic study of turbulence in the vocal tract, was published in Folia Phoniatrica (Hixon, T. [1966]. “Turbulent noise sources for speech”, Folia Phoniatrica, 18, 168-182). Upon graduation, Tom was immediately hired onto the faculty at the University of Wisconsin in Madison.

Soon thereafter, Tom took a 2-year leave of absence in Boston where he was a Postdoctoral Fellow in the Department of Physiology at Harvard University with the renowned scholar Jere Mead. Tom became the leading national and international researcher in respiratory physiology during speech production and singing. To quote his friend and colleague Dr. Fred Minifie, “Quite frankly, Tom WOWed us all.” Tom’s two years at Harvard yielded two landmark studies that literally reshaped the understanding of speech breathing. The 1973 and 1976 Hixon et al. papers in Journal of Speech and Hearing Research demonstrated how the respiratory system functioned during speech production, and why the typical textbook accounts of speech breathing were incorrect. The clinical implications of this demonstration were, and continue to be, profound.

Upon his return to the University of Wisconsin, Tom rose to the rank of full professor by the age of 33. In particular, Tom and Fred Minifie pioneered the use of Diagnostic Ultrasound to monitor structures in the larynx and the head and neck during speech production. They also collaborated on some projects near and dear to Tom’s heart – investigations of the respiratory system, including EMG and aerodynamic studies. 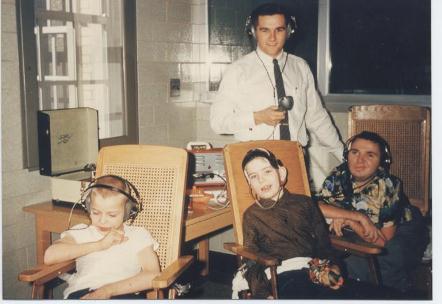 In 1976, the family moved to Tucson when Tom joined the faculty at the University of Arizona, and where over the next 32 years, he held a variety of academic and administrative positions including Professor and Head of the Department of Speech, Language, and Hearing Sciences, Director of the National Center for Neurogenic Communication Disorders, Dean of the Graduate College (twice), Associate Vice President for Research, Director of Graduate Interdisciplinary Programs, and the University’s Research Integrity Officer. On the national and international levels, Tom served as Editor of the Journal of Speech, Language, and Hearing Research (twice), as a member of the National Council on Deafness and Other Communication Disorders, as a member of the Publications Board of the American Speech-Language-Hearing Association (ASHA), and on many other influential committees and boards. He published approximately 100 articles and textbooks, mentored an uncountable number of students and young colleagues, and contributed to his science and profession in many other significant ways. Recognitions for his contributions include an Editor’s Award for the Article of Highest Merit in 1981 and in 2001, a Career Teaching Award from the University of Arizona in 1994, ASHA Honors in 1995 (the highest award of the Association), the Zemlin Prize in Speech Science in 2005, recognition for being ranked above the 95th percentile in the receipt of funds from the National Institutes of Health (NIH) over the past 25 years in 2006, the Kawana Award from ASHA for Sustained Publication Achievement in 2007, and the Outstanding Faculty Member Award from the University of Arizona Bobcats Senior Honorary student organization in 2009. There are precious few scientists in our field who can be said to have had the final word on any aspect of speech physiology. Tom Hixon was one of those few and was a powerful presence in our field in many other ways as well.

Tom was an accomplished pianist, avid golfer, aspiring novelist, and budding political pundit. He spent his free time at his home in Pagosa Springs, Colorado writing, playing golf, and exploring the backcountry with his beloved wife Jenny and his canine companions. Tom was a passionate, generous, and gentle man who cared deeply about his family, friends, and students. He had a spirited sense of humor and was always willing to share his wit, wisdom, and insight. He touched innumerable lives and expected nothing in return. He will be deeply missed.