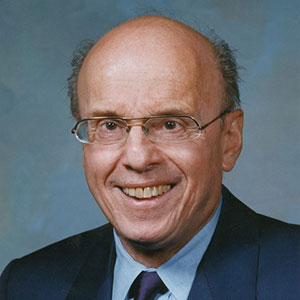 Dr. Arnold Aronson received Bachelor’s, Master’s and Ph.D. degrees majoring in what at the time was termed “speech correction” from the Speech Department of the University of Wisconsin. During this time, he was a Ph.D. student of Dr. Robert West. Aronson became a Professor of Speech Pathology at Mayo Medical School in Rochester, Minn., in 1962 and became Head of the Section of Speech Pathology, Dept. of Neurology, Mayo Medical Clinic. He was also Professor and Emeritus Consultant in the Division of Speech Pathology at the Mayo Clinic and Mayo Medical College. He maintained a working relationship with his UW-Madison colleagues throughout his professional career. He was a giant in neurology and speech pathology who improved the lives of thousands of patients. His pioneering work in motor speech disorders defined the field and influenced the diagnosis and care of patients for a half century and beyond.